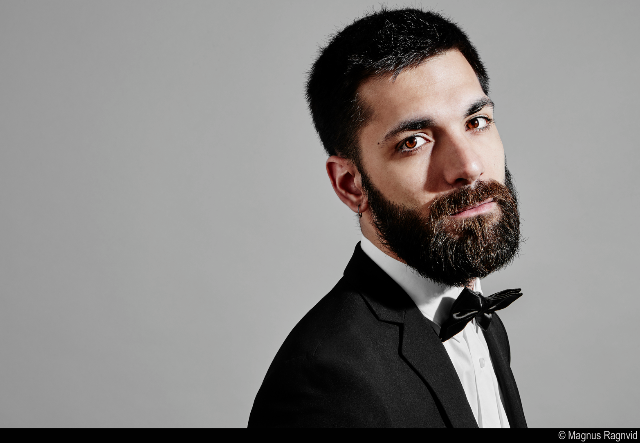 Born in Santa Coloma de Gramanet (Barcelona) in 1991, Adrian Blanco is an accomplished concert pianist and chamber musician praised for his "technical virtuosity and musical understanding" (E. Rautavaara). His performances have been described by Spanish newspaper "Núvol" as "exquisite" and "honest".

Since his debut as a soloist at the age of 15 performing W. A. Mozart's Kv. 466 concert with the Orchestra of Santa Coloma, Mr Blanco has performed in venues and concert halls across Spain, Germany, Finland and the USA, and has been awarded 1st Prize in competitions such as the Isaac Albéniz Conservatory and Sant Anastasi de Lleida competitions.

As a passionate exponent of new music, Mr. Blanco has commissioned and premiered work by composers as J. Magrané, D. Cantalejo and Y. Chen. His collaboration with living composers and incorporation of multimedia visuals and theatrical elements in his performances reflects his commitment to the cultural landscape of contemporary art-forms.

Mr. Blanco obtained a Bachelor of Music with Honors from the Superior School of Music of Catalonia in the class of Pierre Réach and has recently obtained a Masters in Contemporary Performance from the Manhattan School of Music under the mentorship of Margaret Kampmeier, Anthony de Mare, Christopher Oldfather and Lucy Shelton.